Florida Alligator in the Ocean? Yep.

Only in Florida … Yes, gators like to go to the beach, too!

My daughter, Kaelyn, and I had considered paddling out to catch a few waves on this day (6/30/21), but the tide was dead low and swell fading after work, so we bailed and I decided to go for a run on the beach, instead. It was probably a good thing we skipped our session because when I got to the beach, someone else was paddling out at our local spot inside the Guana Tolomato Matanzas (GTM) Research Reserve in South Ponte Vedra Beach, between Ponte Vedra Beach and Vilano / St. Augustine – a real-life ripper / shredder!

This was about a half-mile south of the northernmost entrance to the park. I felt conflicted. I wasn’t sure who the real “local” was in this case. I’m a 3rd Gen native of Northeast Florida, but this guy still wins! In all my years here, I have actually seen gators on the beach a couple of times and even a little one in the water. But I’ve never seen one this size (a medium-sized junior) just go waltzing into the ocean like this. If Florida wildlife makes you nervous or you’re planning a beach vacation here, soon, you don’t want to watch this video… but I’m guessing you will anyway, so enjoy!

Quick Update: So, it appears my gator video went viral. Shortly after posting it on IG, I started getting DMs asking about reposting it or in some cases, just tagging me. Coastal Republic was first, followed by a slew of others. Within the first week, I could easily see nearly half-a-million views on just the major channels, themselves, and not any of the thousands that mentioned friends to share it with them. Tim Bonython, the acclaimed Australian cinematographer who produces Swell Chasers, made Biggest Wednesday and is currently producing The Big Wave Project, who has captured some of the most amazing big wave footage ever at places like Shipsterns, Chopes and the Right, among others, message me to use it in his IG story. Discover Sharks (over 245,000 views!) posted it, Beach Grit, Reel Life Fishing, Everglades Holiday Park (production home of the tv show, “Gator Boys“), NSB Inlet, Reel Life Fishing, Sustainable St. Augustine, Memol Wildlife, among others. Big shout out to NSB/NCFL ripper and Creative Director/Digital Marketer, Matt Dayton for letting me know what was happening with the video, which was quickly getting reposted without attribution in some places, and speaking up to make sure I was properly credited when he saw it. Appreciate it, Matt!

A few GoPro shots from the recent swells generated by Hurrican Florence. After a long, hot, flat summer, it was great to get back into the water and catch some good waves. Prayers to all of those who were negatively impacted by the effects of this storm, including my own relatives in South Carolina. 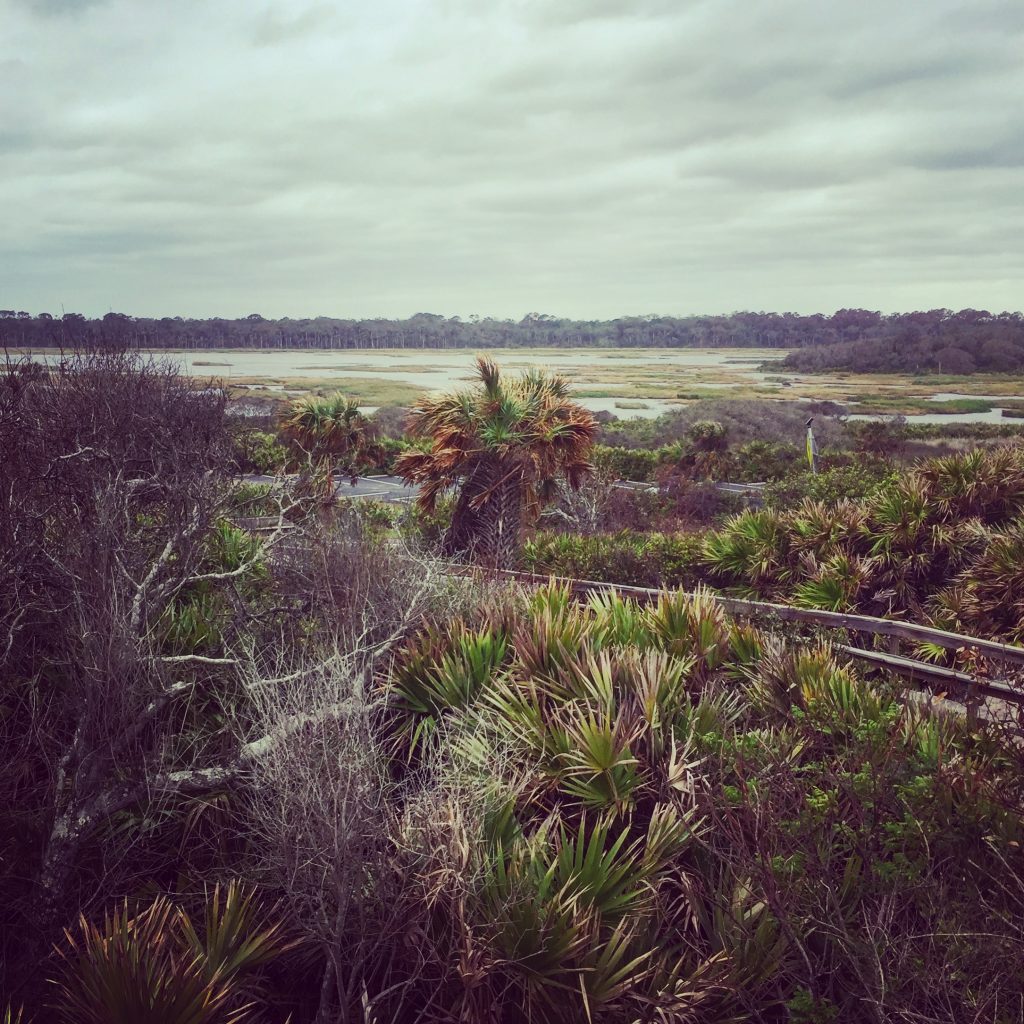 Guana River State Park – Even in the dead of winter, she’s still gorgeous! I took an airboat tour (Crazy Fish) with the family out at Mayport recently, and it was indeed crazy! Quite fun, actually! Among other things, we got right up behind this massive cargo ship leaving the channel. The picture can’t even begin to effectively communicate how big this thing was. Amazing that these things can actually float. One of Jacksonville’s best kept secrets is the Catty Shack Wildlife Sanctuary. The Sanctuary (A 501-3 non-profit) is currently home to 40 BIG cats, everything from Siberian Tigers to Lions, to Panthers and many more! None of these cats were born in the wild. Rather, they were taken in to be cared for by the non-profit from a variety of different owners, for a variety of different reasons, primarily because the original owners were no longer able to care for them properly. They are open daily for tours and on Friday and Saturday nights you can go watch them being fed at night ($15/pp). It’s quite a scene. Lots of roaring and growling!We took our girls there with a couple of their friends, and they loved it! Here, a couple of the cats start getting restless just before feeding time…

79 degrees and sunny on Dec. 29th. What’s not to love about Northeast Florida?

Took a late afternoon stroll with KK, today… A few leftovers from the swell still rolling in… Enjoying the holidays and getting to spend time with my family. The interior of The Barnett Building in Jacksonville, Florida, during the One Spark festival April, 2014

Scott Stratten, Author of “Unmarketing” at One Spark, Jax FL