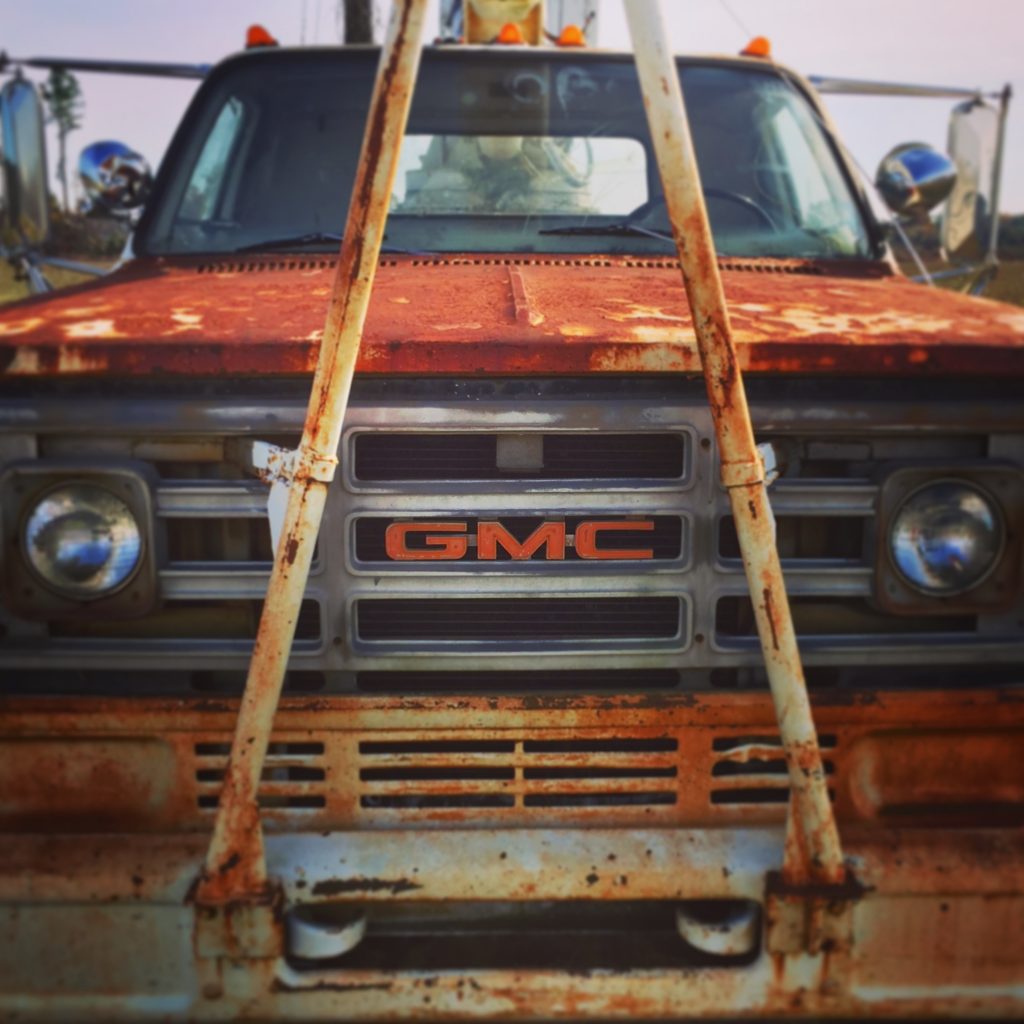 ‘Merica! A rusted old GMC bucket truck up on the farm in Hartsville, SC. Good as she ever was…

Nope, this isn’t the General Lee from the Dukes of Hazard. That was a ’69 Dodge Challenger. This is bigger and better – a ’67 Plymouth Road Runner. As muscle cars go, it’s the real king of the hill (err… cornfield!). And this one is real, sitting on a farm up in South Carolina. What a beauty! 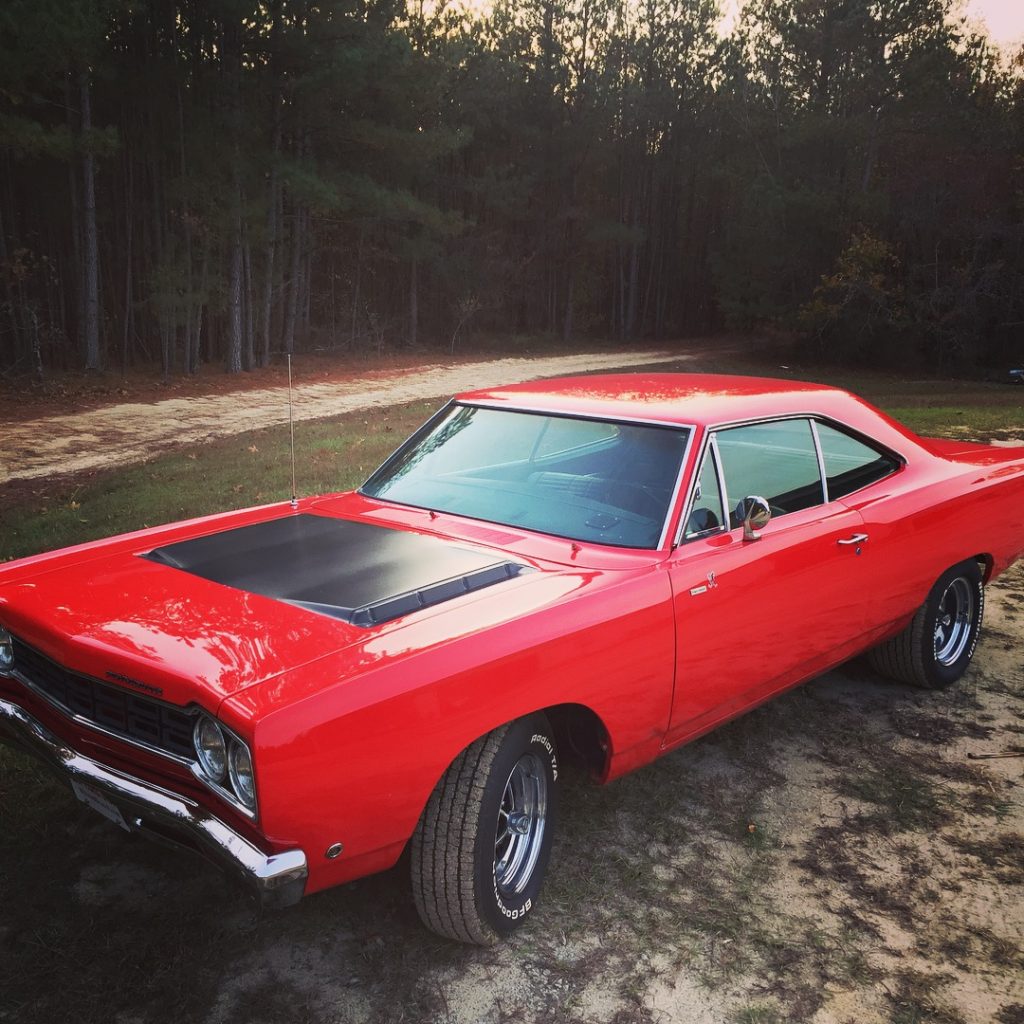 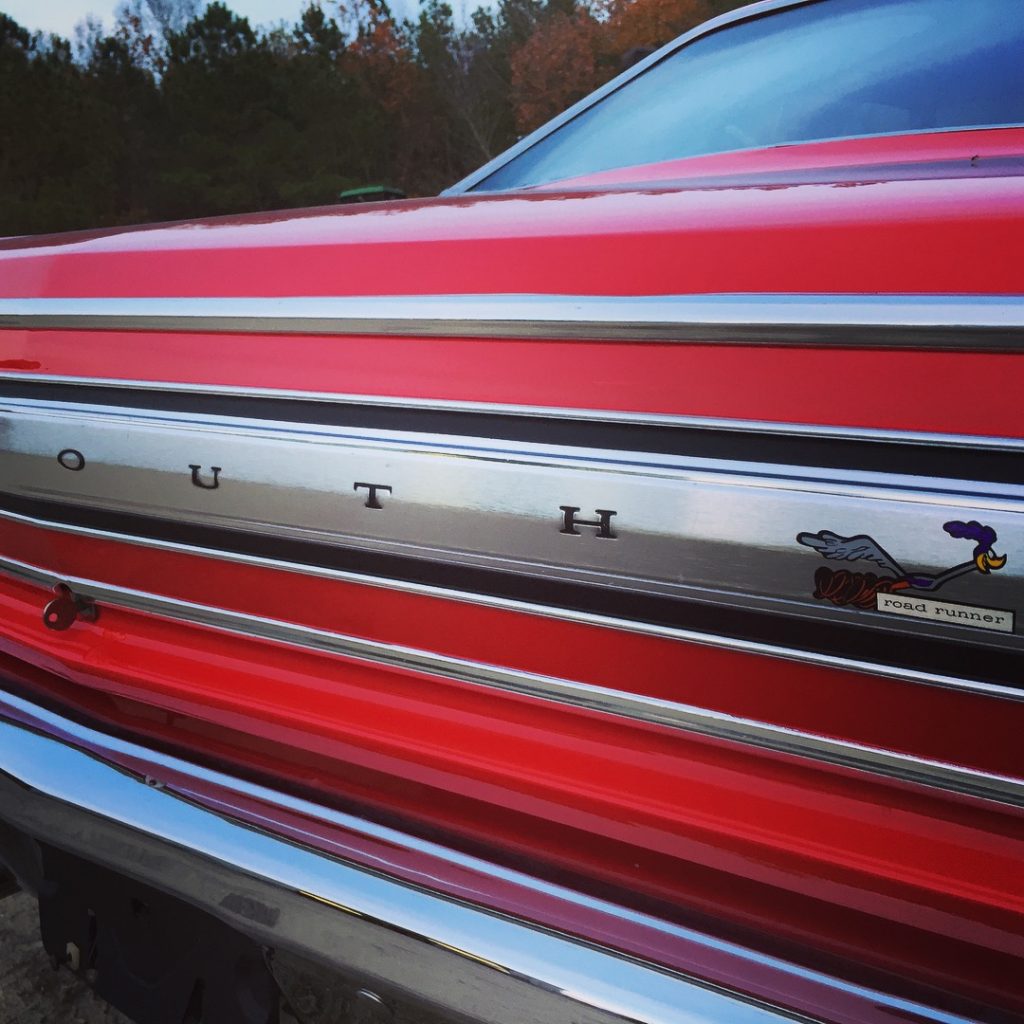 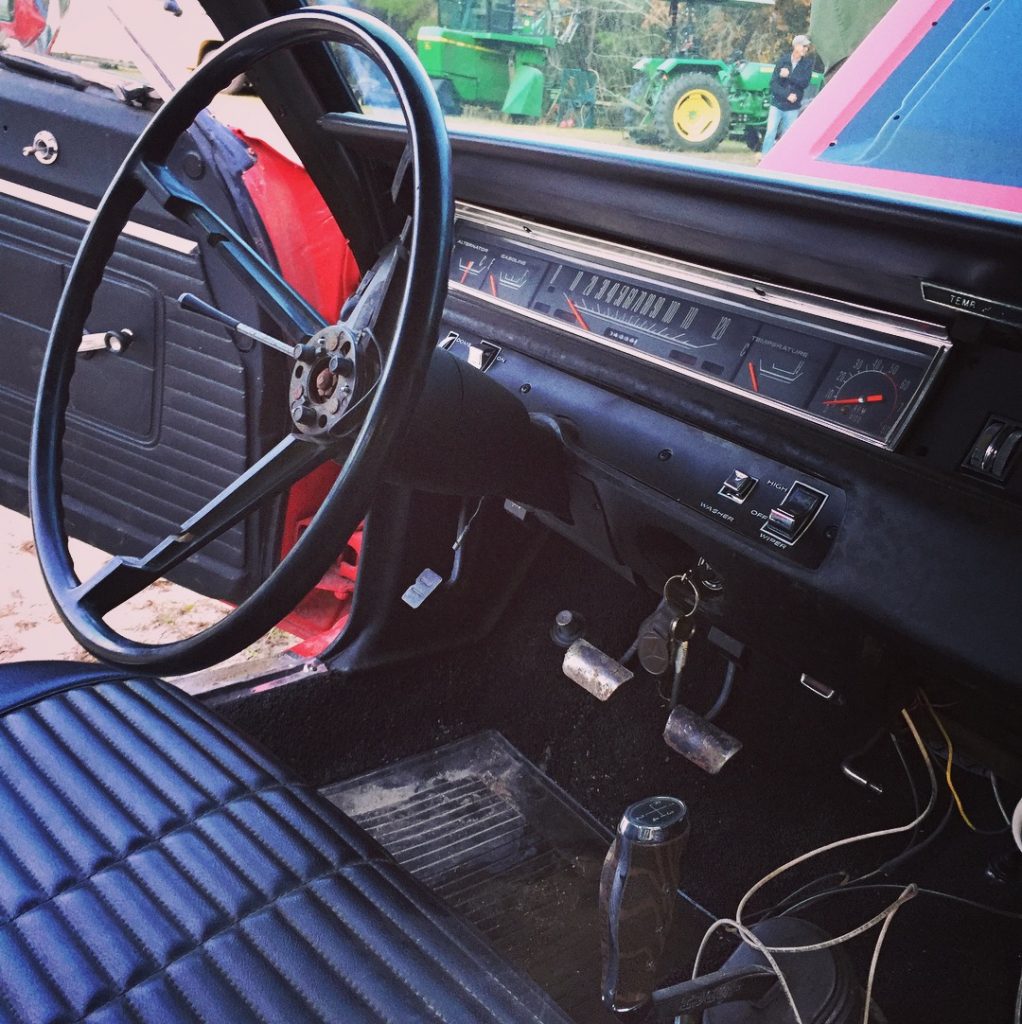 The Blizzard Branch Syrup company in Middendorf, South Carolina makes pure cane sugar syrup using fresh cut sugar cane and a hand press. Sugar cane goes in. Sweet stuff comes out. Then it’s off to be strained boiled and strained again. Willy Wonka has nothing on these guys! I’m pretty sure this is where they recorded the sound effects for that movie, anyway. This is a great example of sustainable farming and agritourism. Interesting stuff! We had a good time romping around up there while visiting family in Hartsville, SC over the Thanksgiving holidays. 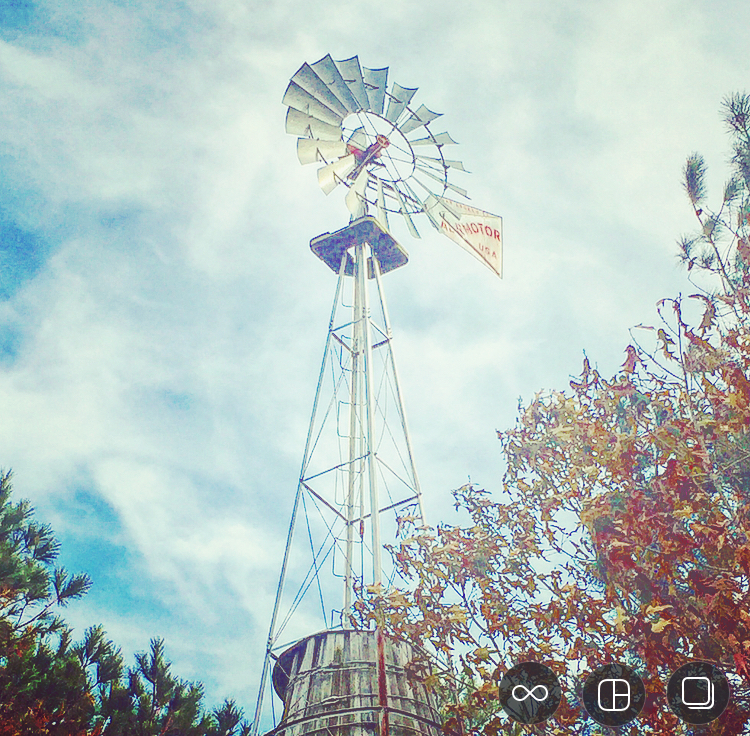 A windmill sitting high above the land in farm country in Middendorf, SC 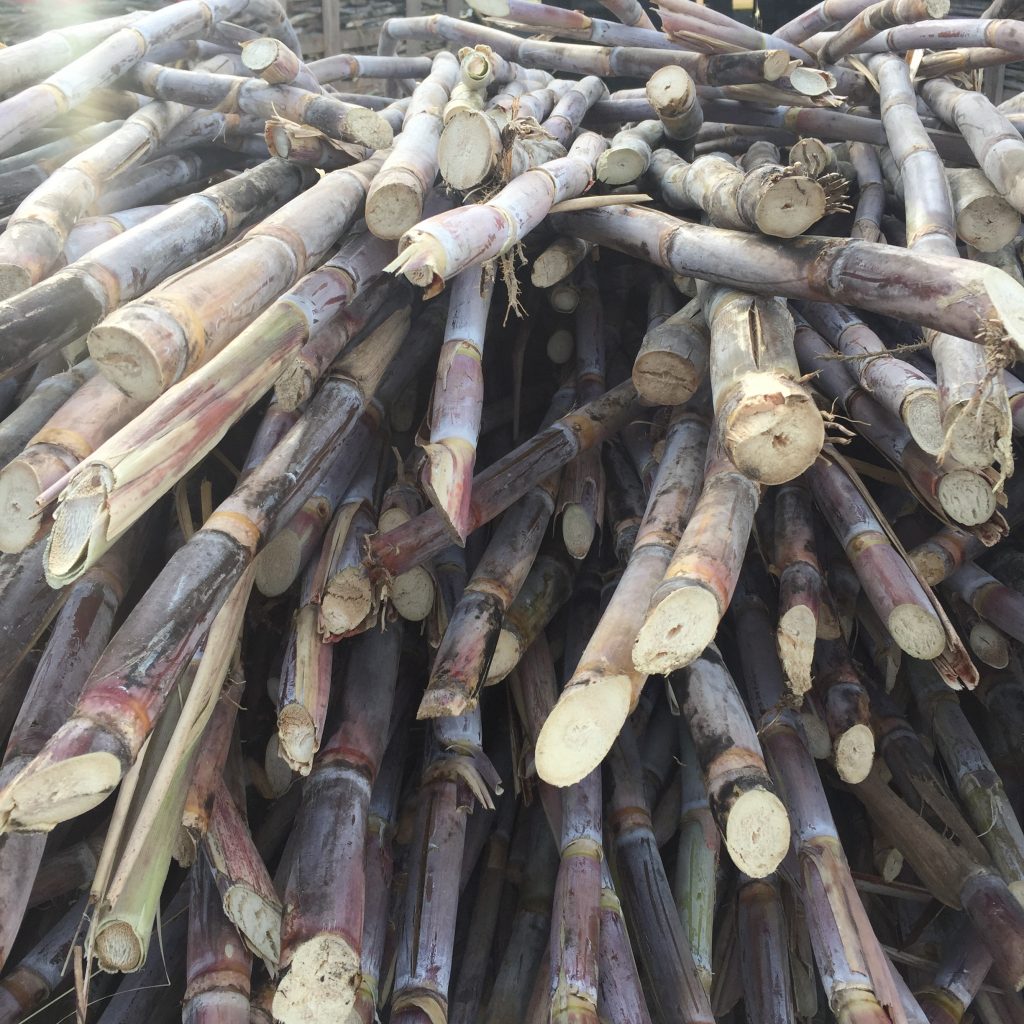 Fresh cut sugar cane just before it is fed into a press on its way to becoming syrup. 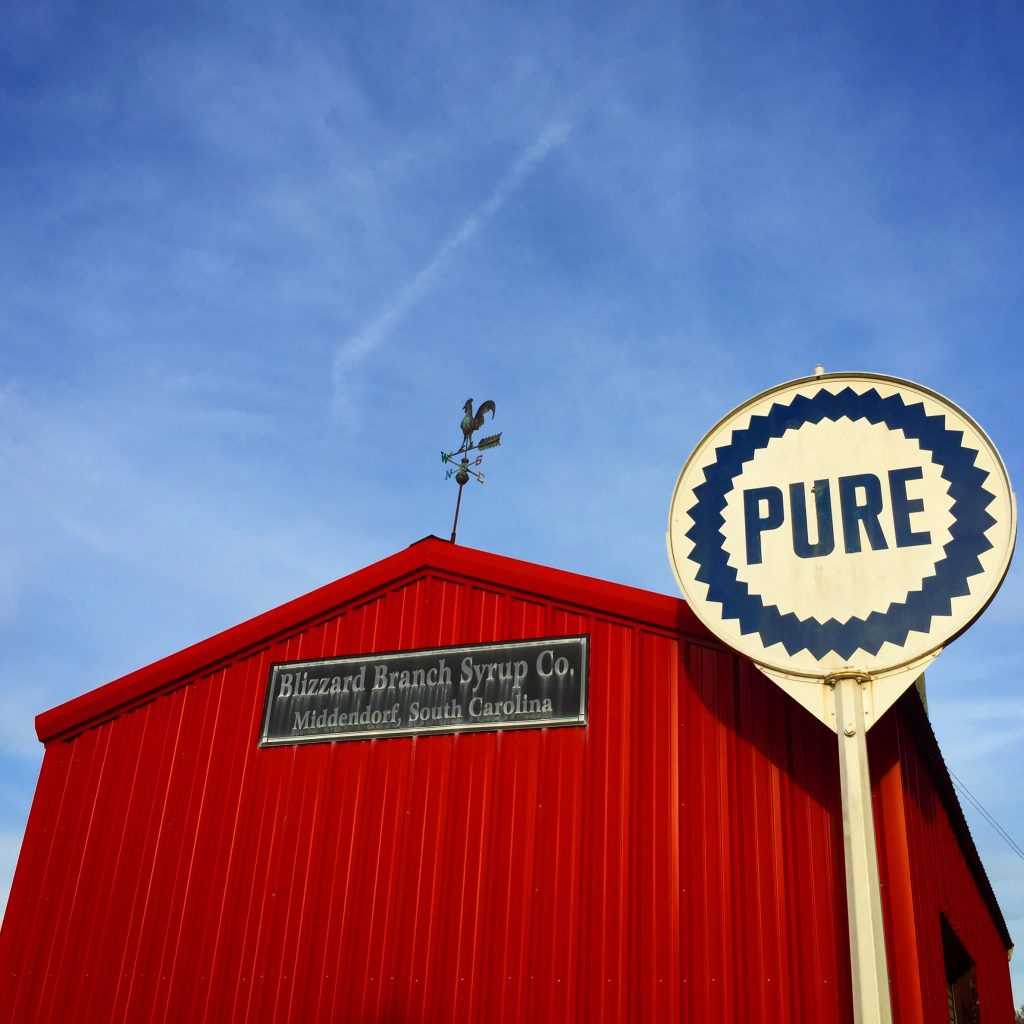 One of a few shots from our family’s annual trek up to Hartsville, South Carolina at Thanksgiving. This is from the nearby Blizzard Branch farm where they make pure cane sugar syrup, yellow corn grits and blueberry wine by traditional methods. Fascinating, beautiful and delicious.!

A few interesting GoPro shots from the Hurricane Maria swell earlier this year. I’m not sure if you would call this “stuffing in” or “getting stuffed”. At the very least, you can’t call it barrel-dodging!

The capability of the GoPros (in this case, a 4 Black), never cease to amaze me. In the first shot, you can clearly see seaweed flying past my face inside the wave.

Between Irma and Maria, our beaches were packed with all kinds of debris, making surfing sketchy at times. Even after larger debris like pylons, branches, 2×4’s, etc. had cleared, there was still quite a bit of vegetation in the line-ups for weeks following each storm.

These shots were two days after the peak swell size for Maria, but were the peak for overall size + quality. 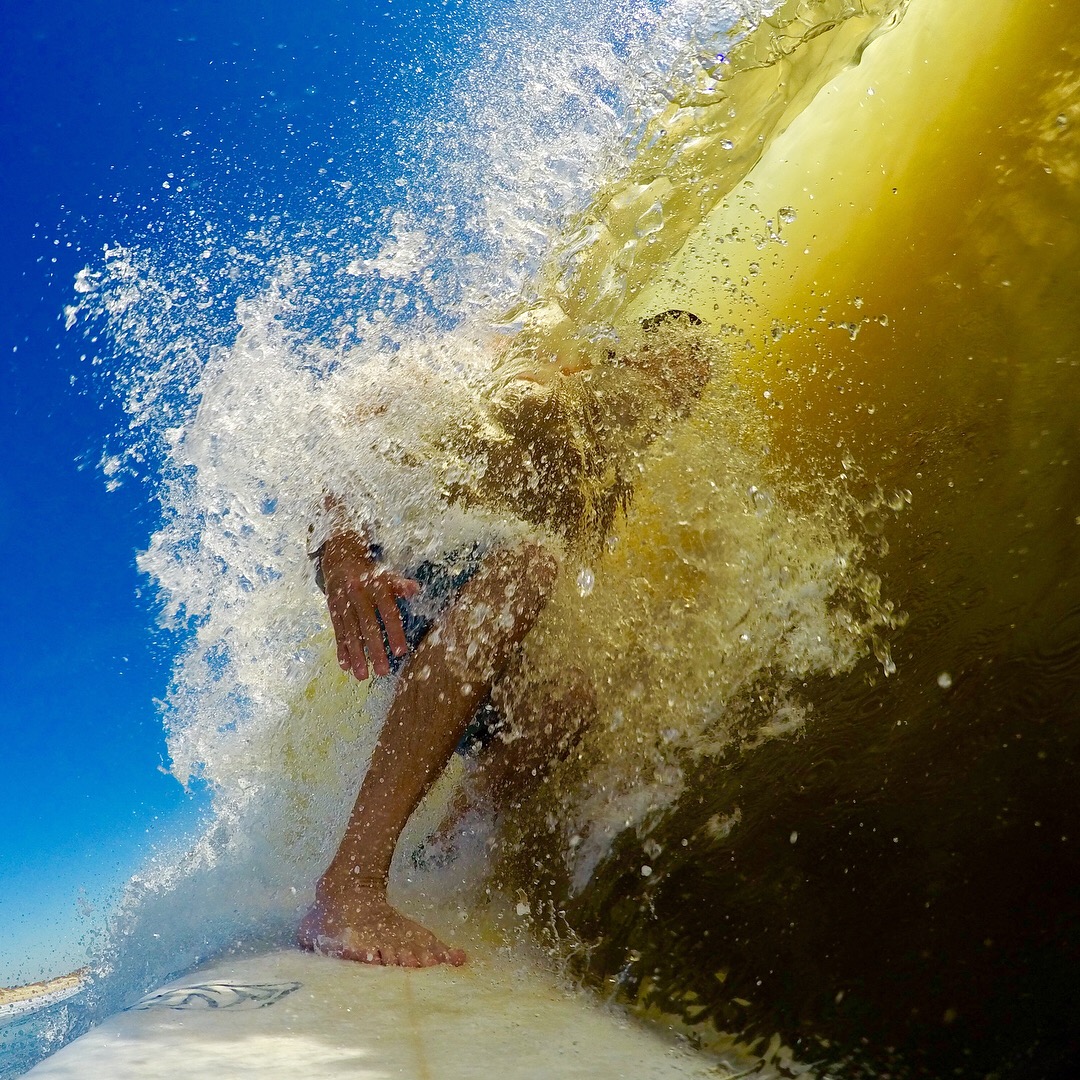 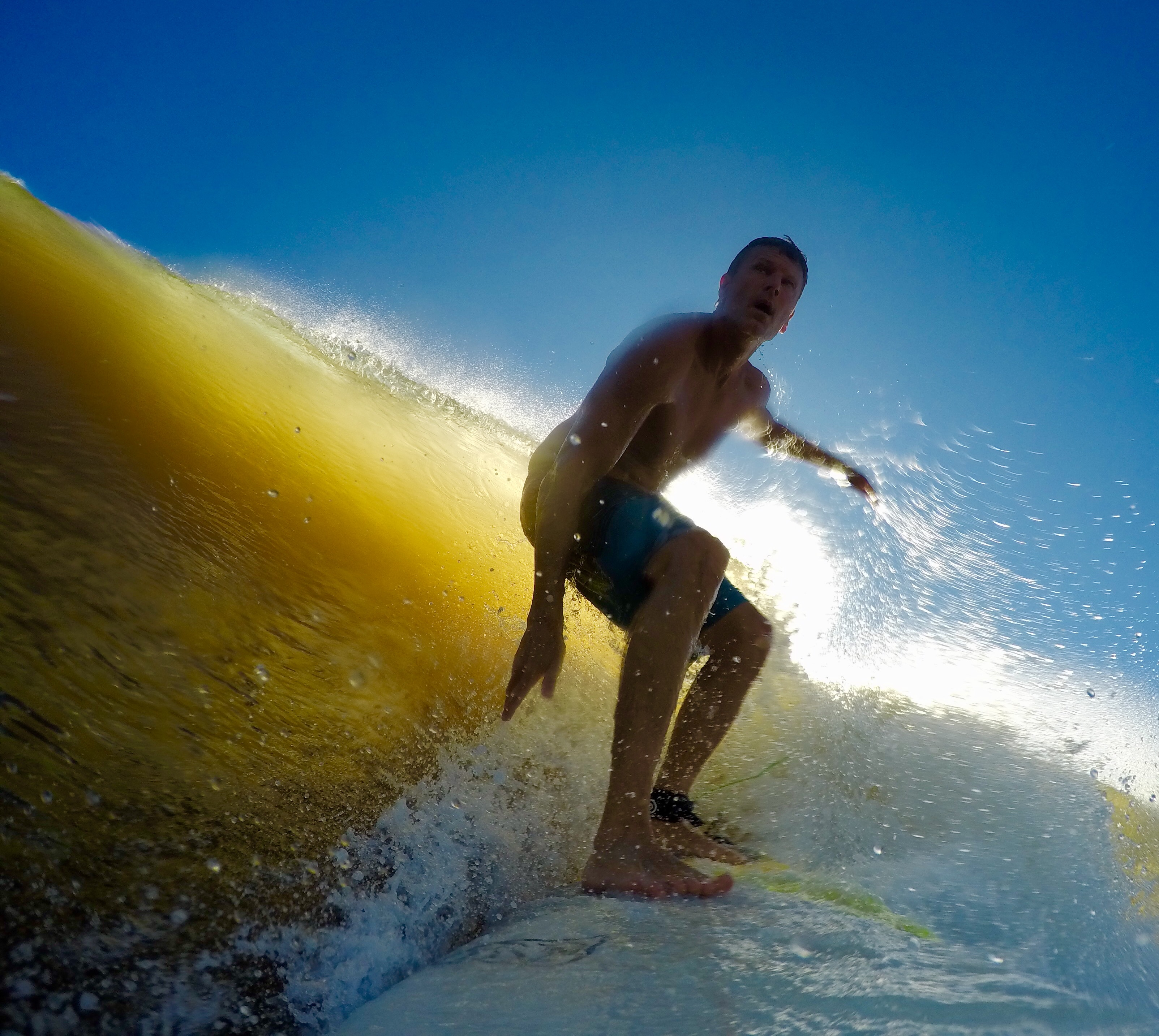 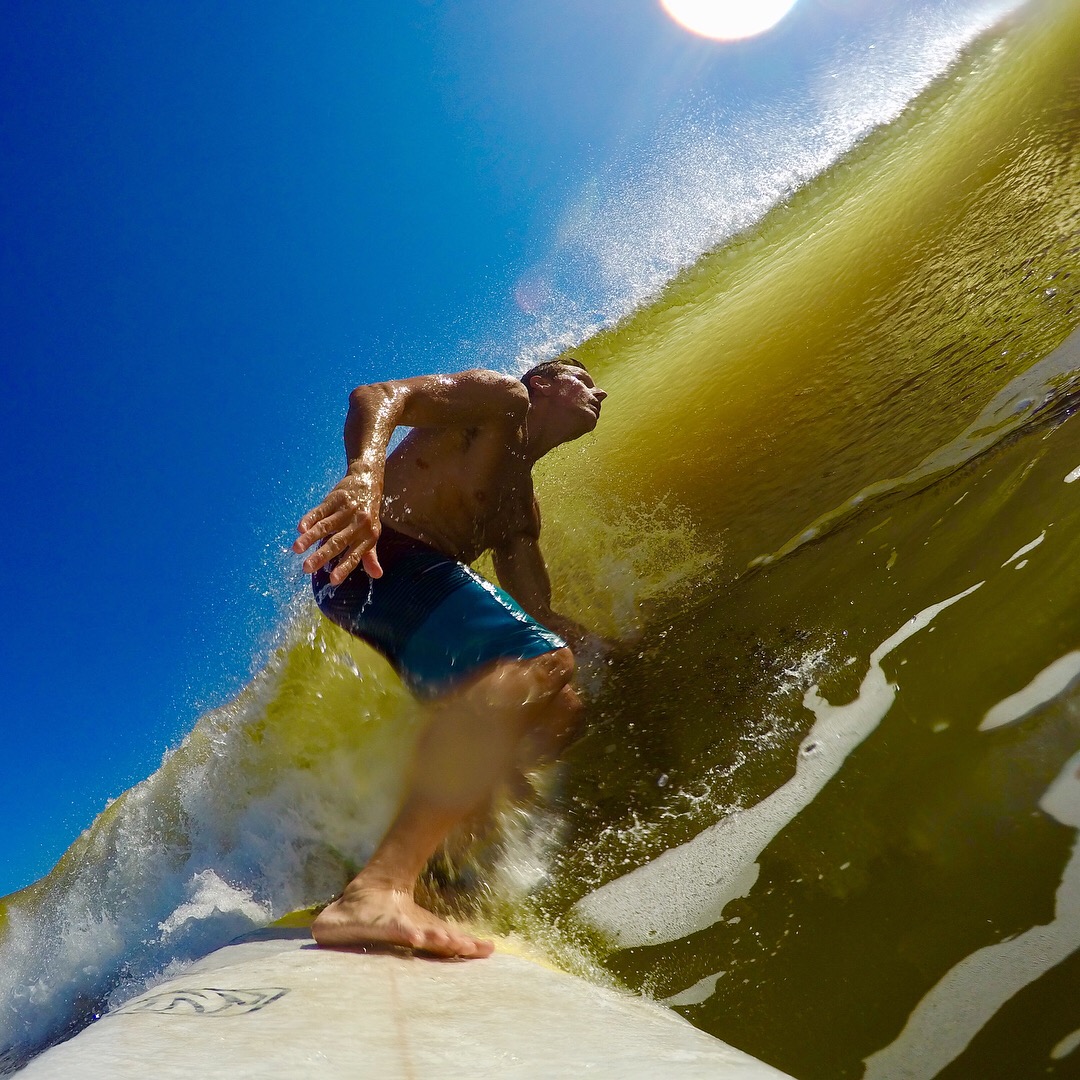 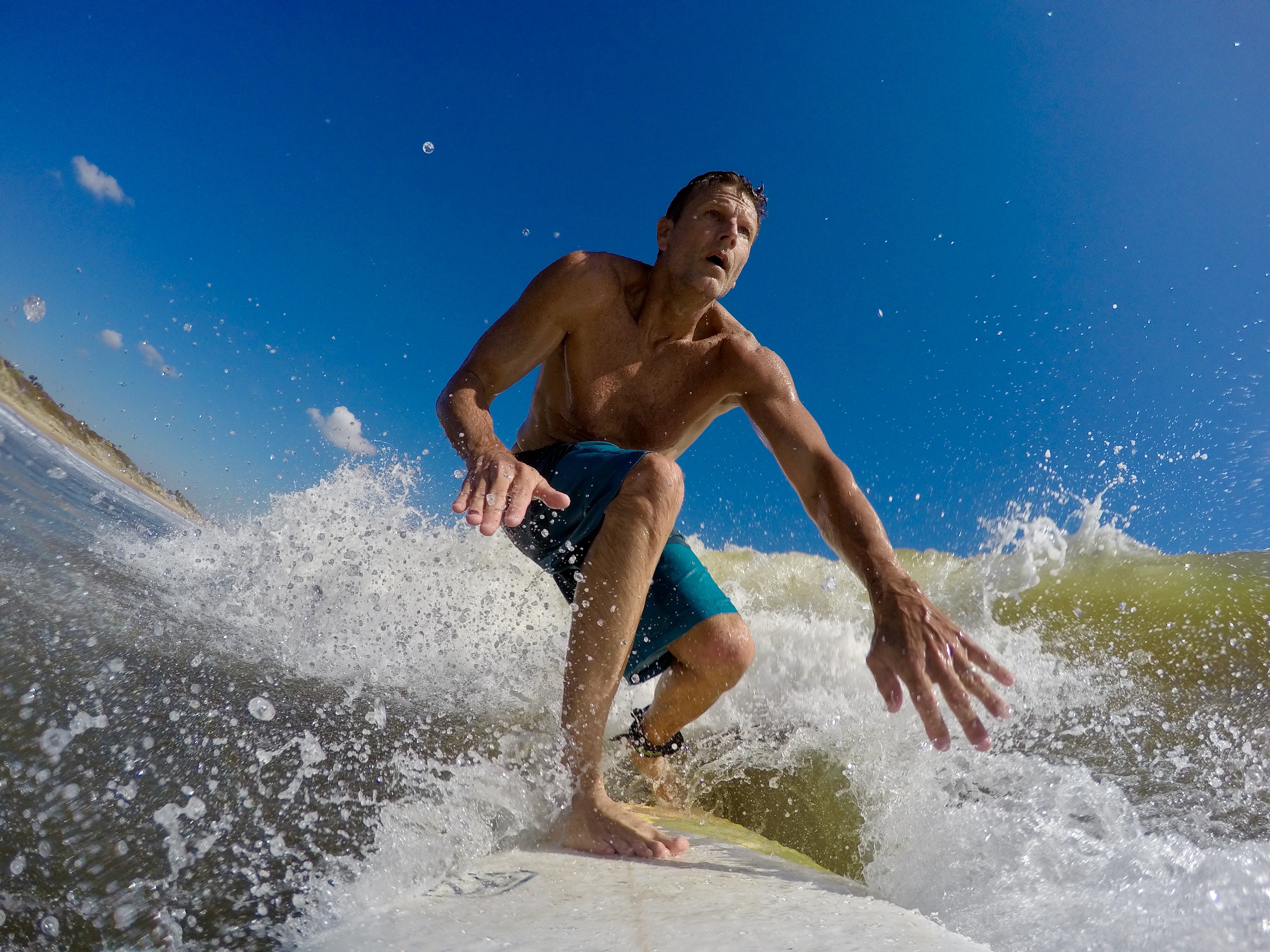 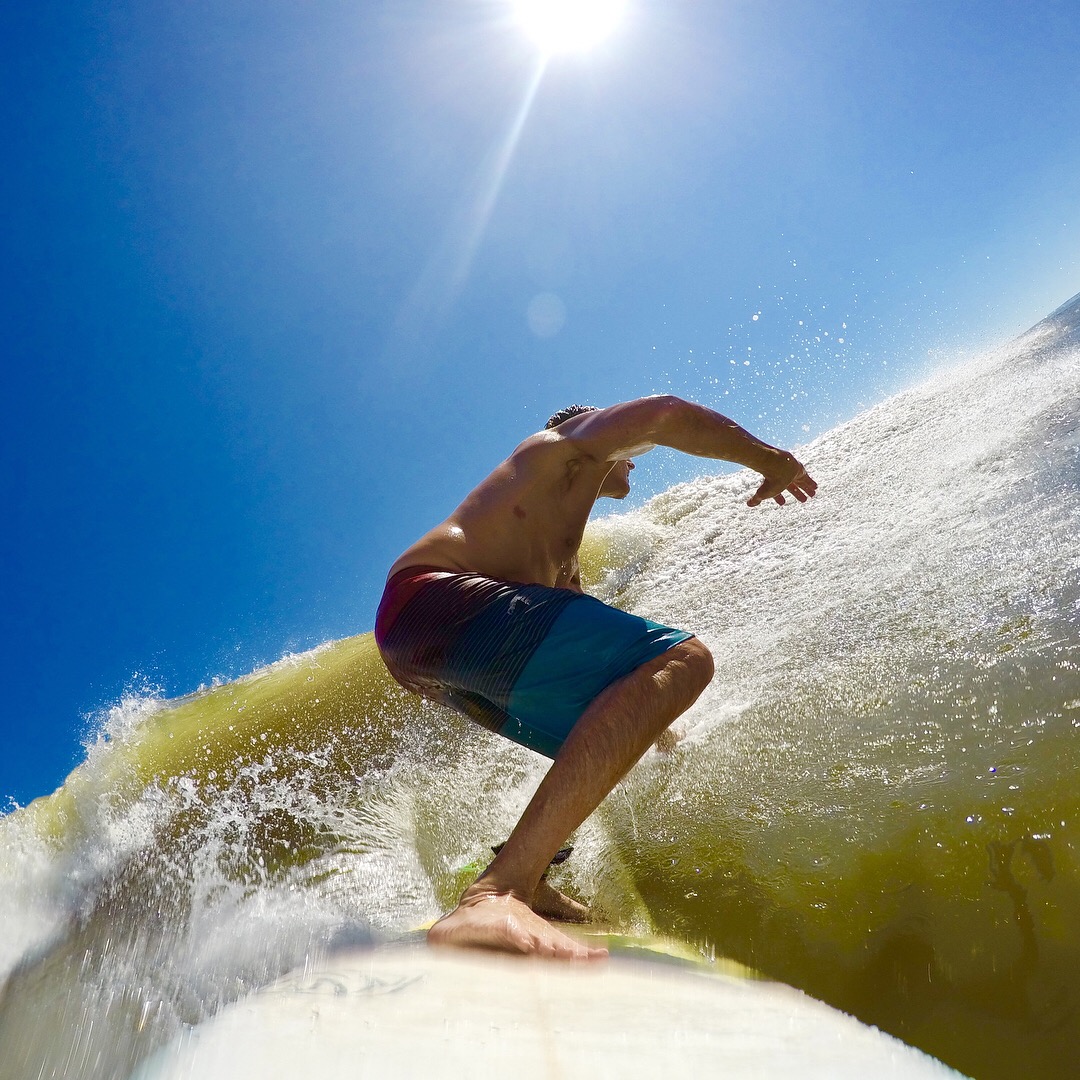 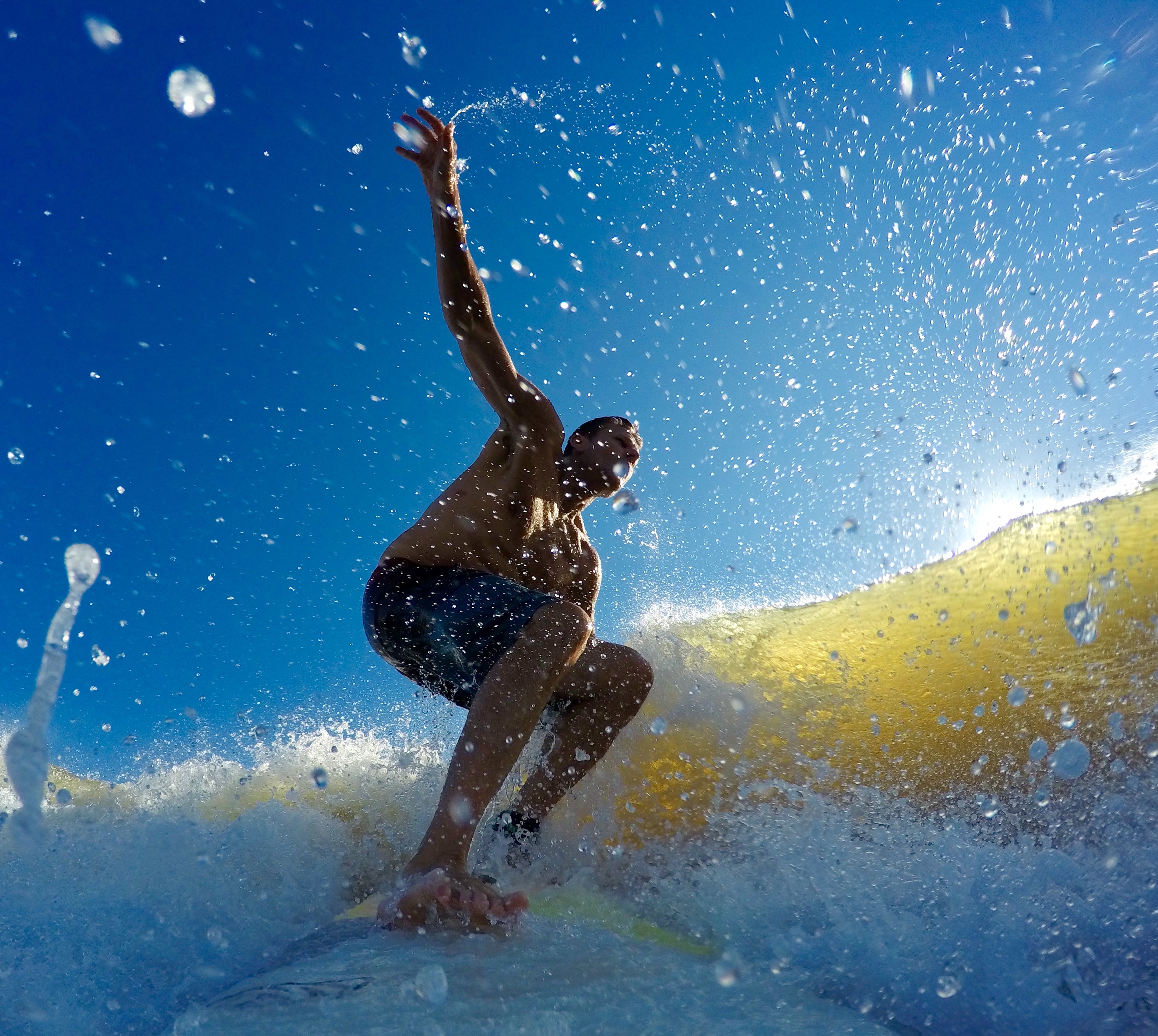 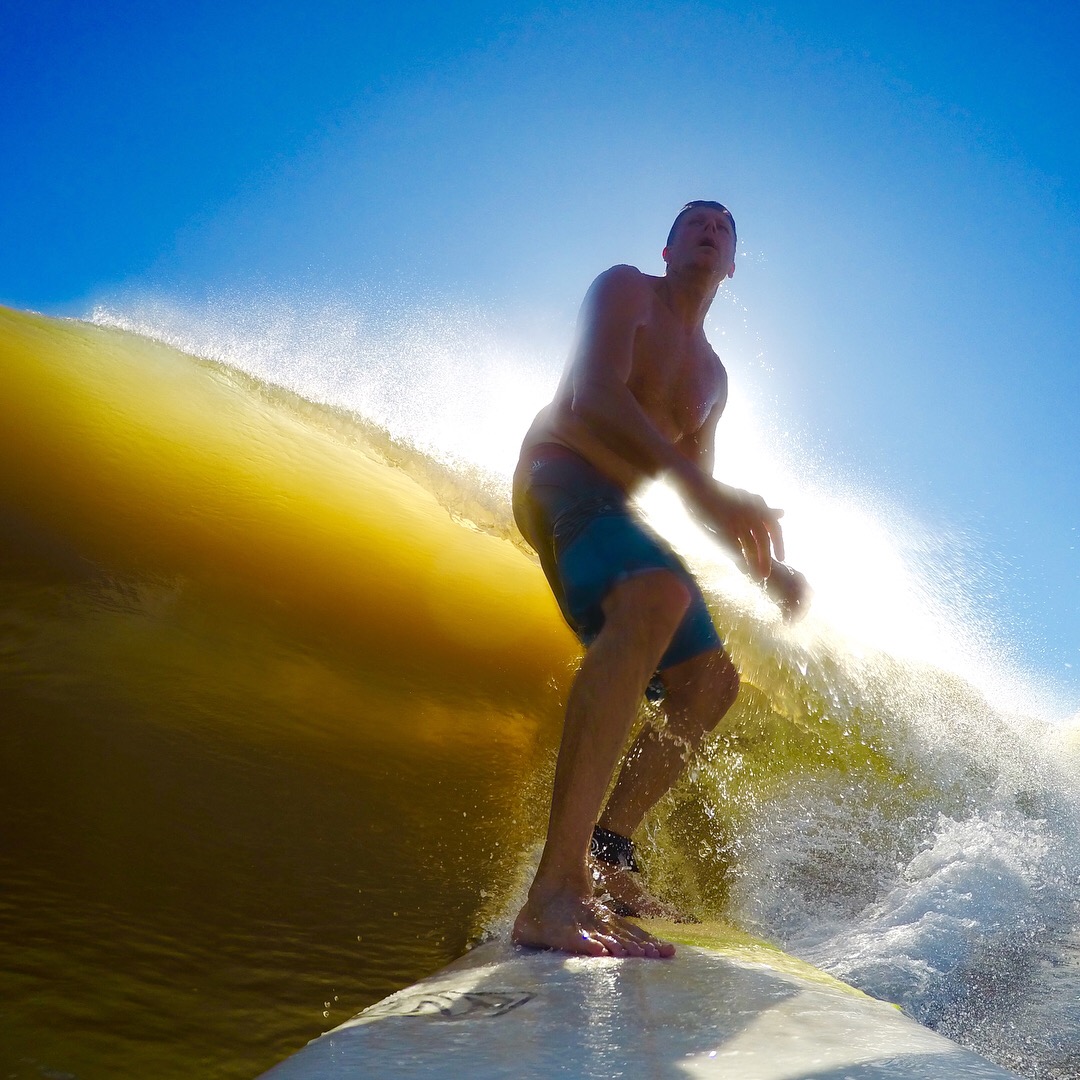 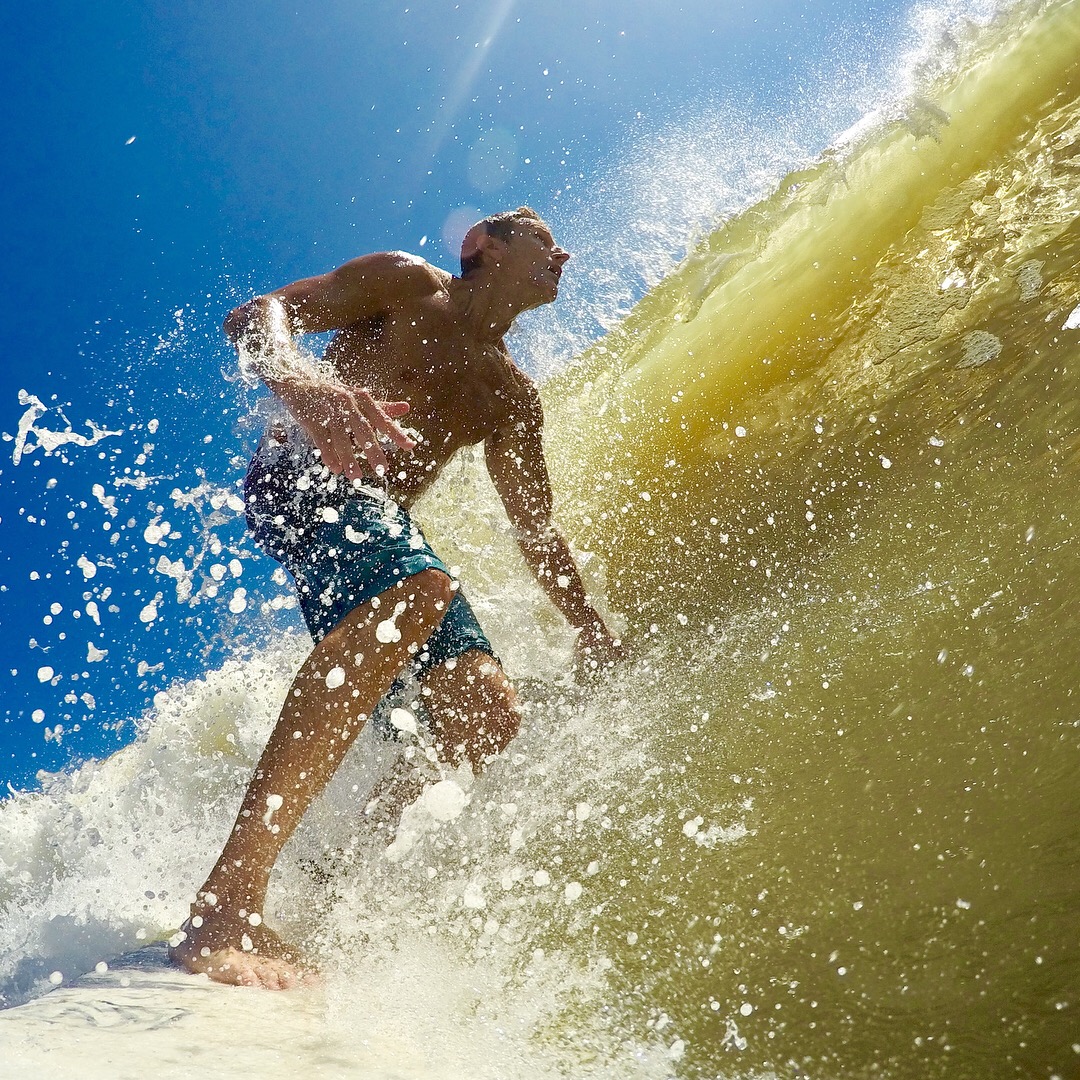 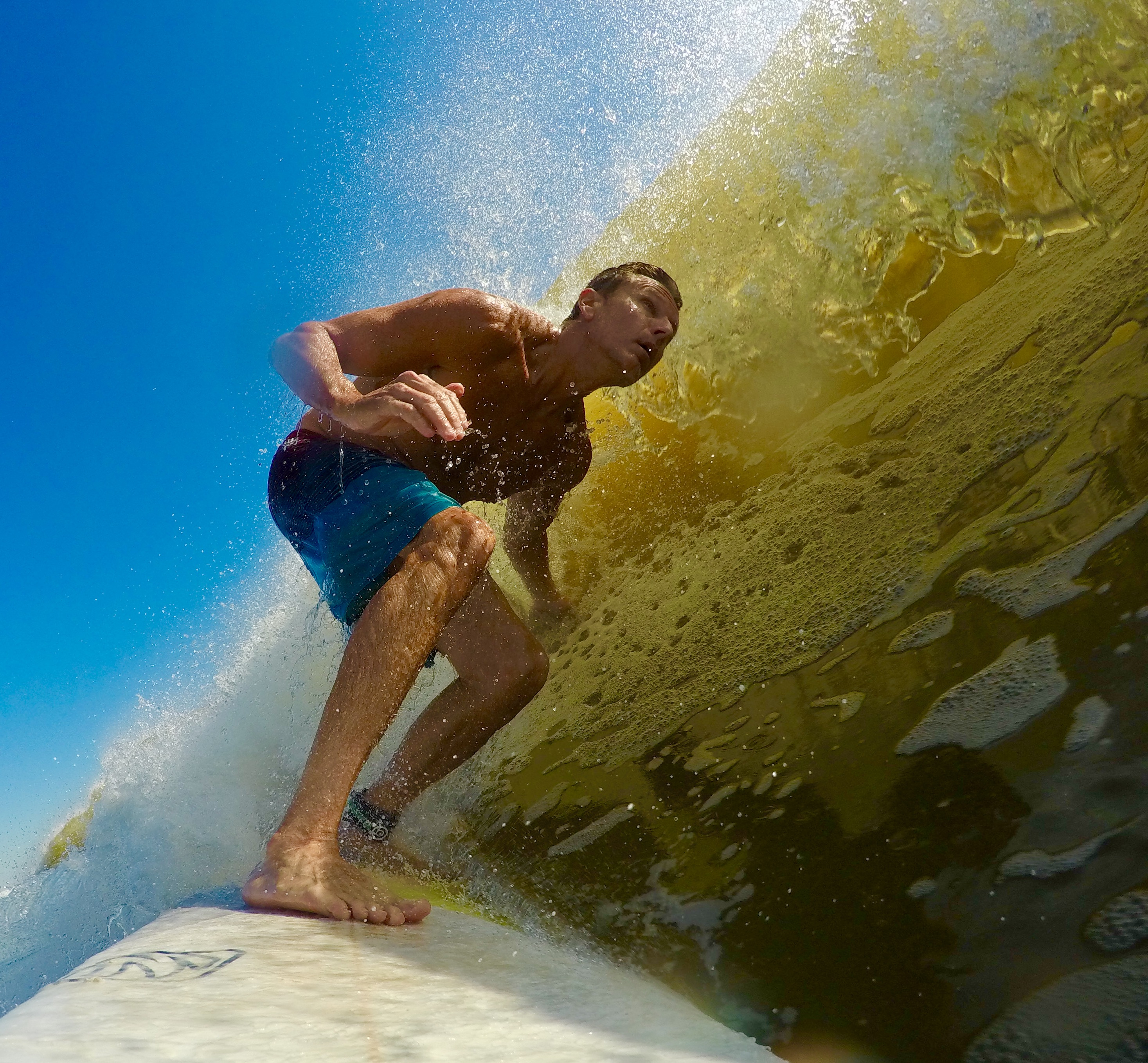 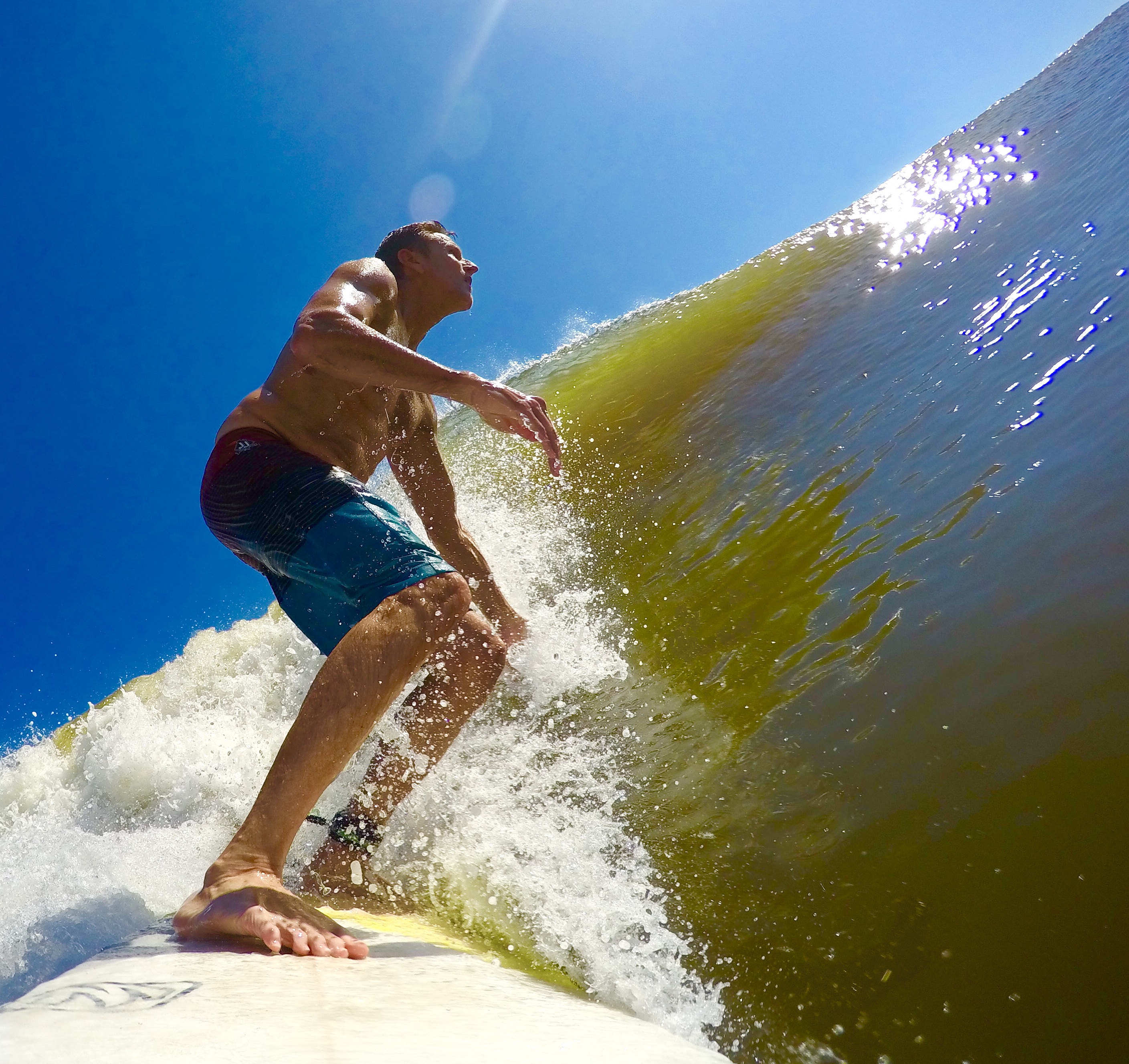 The gorges of the upper Navua River in the interior of Viti Levu, Fiji. This place was like the land that time forgot. I kept waiting for a T. Rex to pop up around every corner! 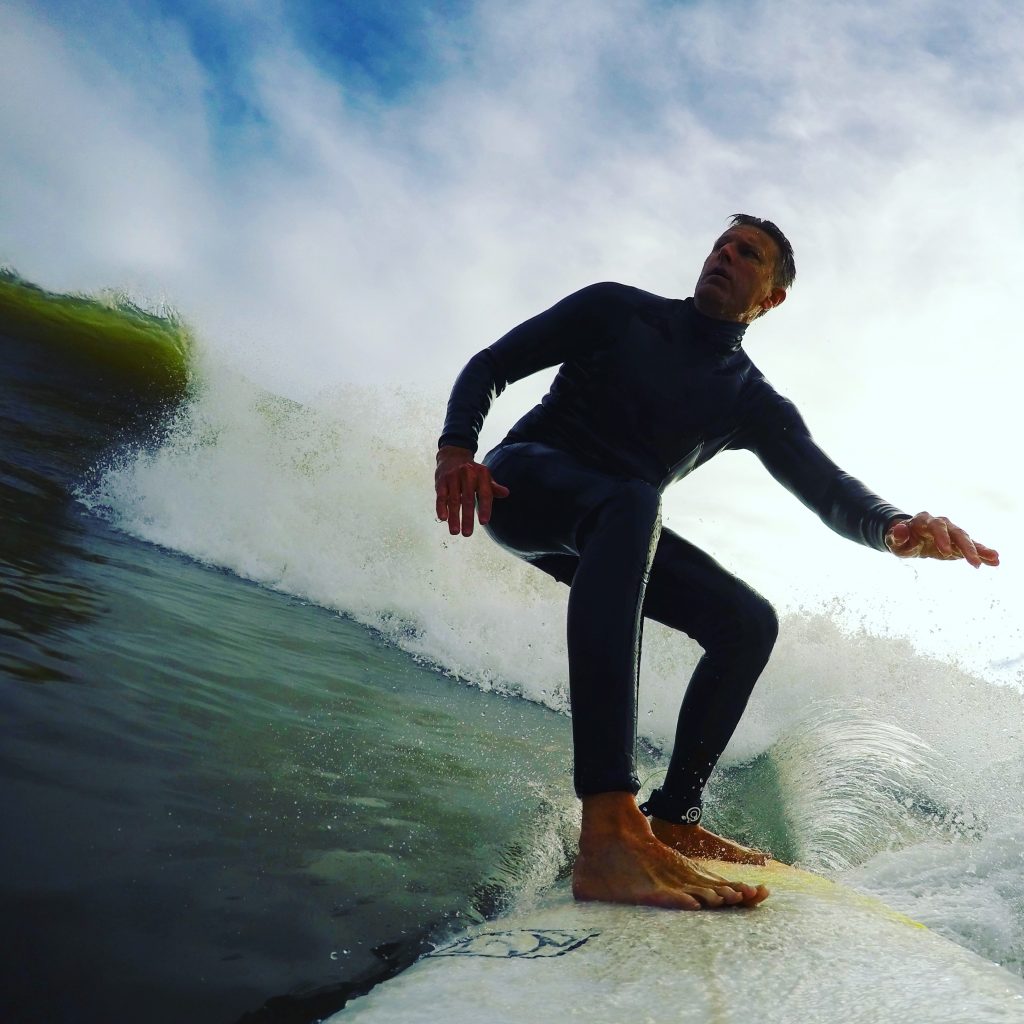 A few good-sized waves last weekend, this one from inside Guana State Park. 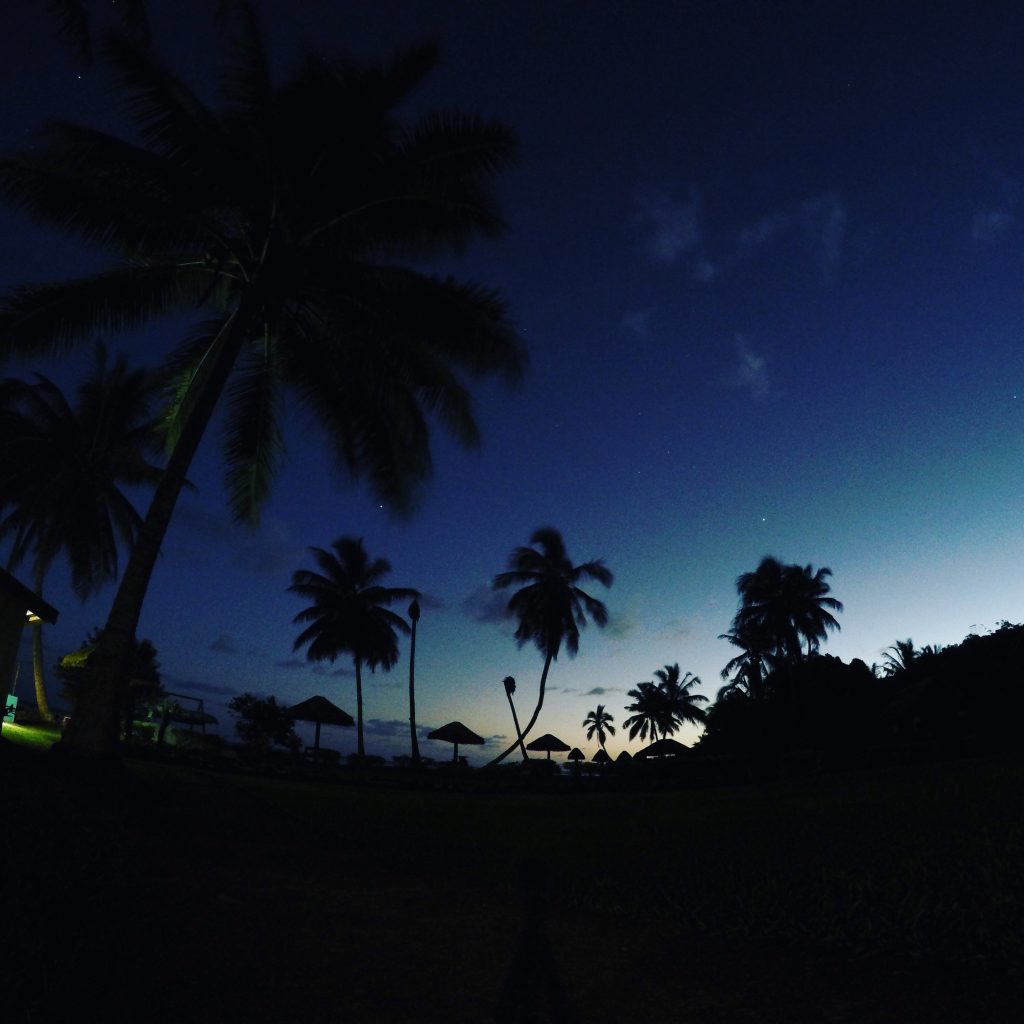 A frame grab from a Go-Pro time-lapse of nightfall in Fiji that I made last year.

I Need Never Get Old

So, I haven’t posted any new music in a very long time… Here’s one: “I Need Never Get Old” by Nathaniel Rateliff and the Night Sweats. I think I may need to make it my theme song for this year… : ) I was excited to get tickets to catch Nate and the Night Sweats at the St. Augustine Amphitheater this Spring (April 24th, I believe). I stumbled upon these guys watching “Later with Jools Holland”. These guys are fantastic! They rock hard, have some really interesting, different tunes and a lot of soul. They don’t seem to take themselves too seriously (they seem amazingly humble), even though they are very serious musicians, indeed. This song makes me want to either pick up my guitar or dance! Infectious stuff! I dig the horns. They bring to mind a lot of old ska bands from back in the day! 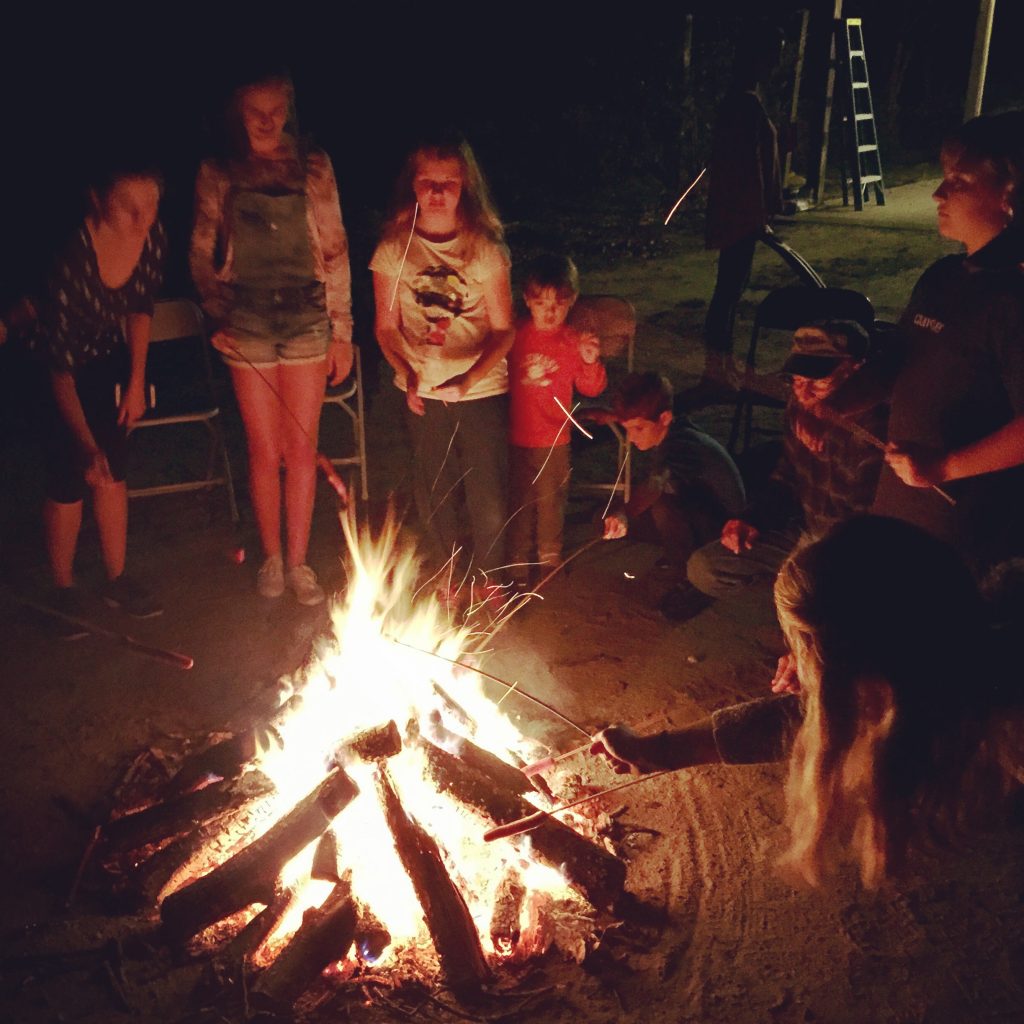 Nothing’s better than a good bonfire! Just ask these kids!

A peek at the fun from our recent annual trip up to farm country in Hartsville, SC at Thanksgiving! Roasting hot dogs on a stick and making s’mores is always on the agenda here. Good times! 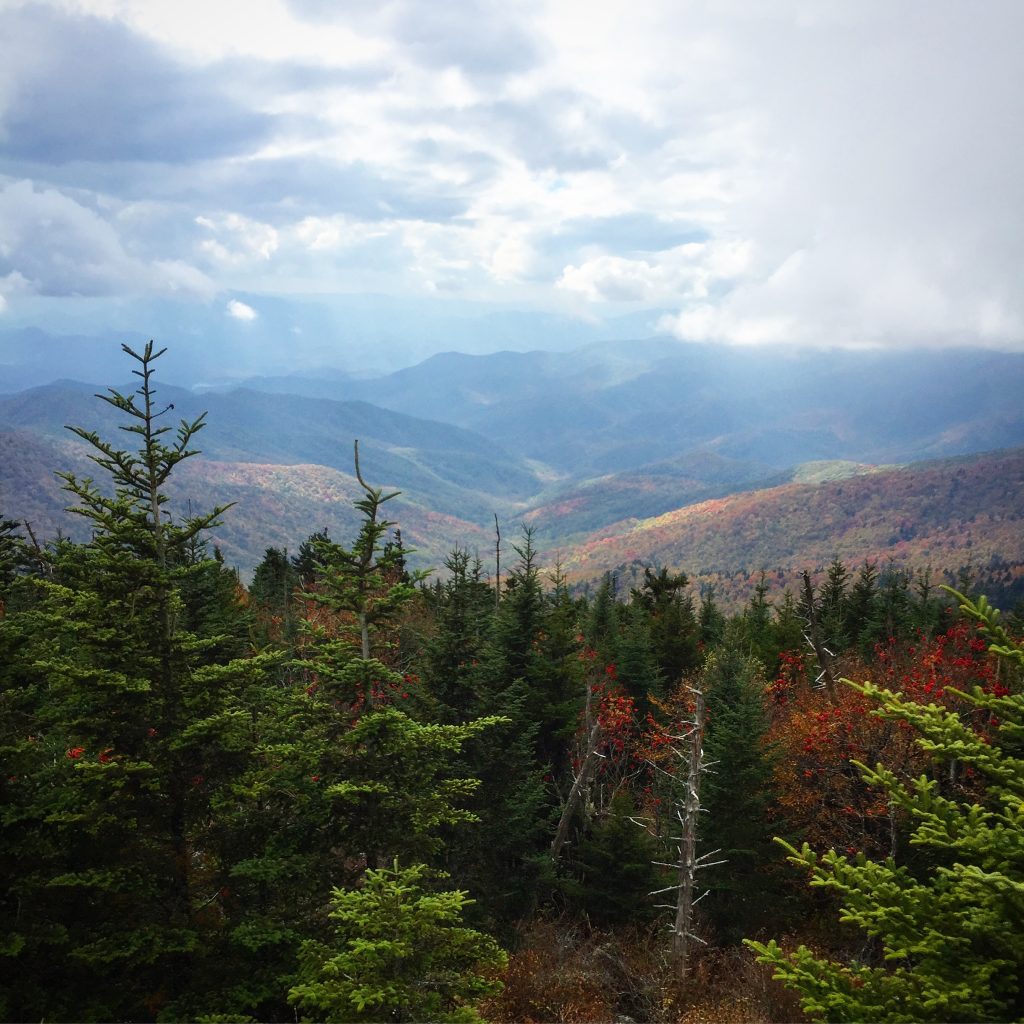 The Appalachians, starting to show their colors in Fall. 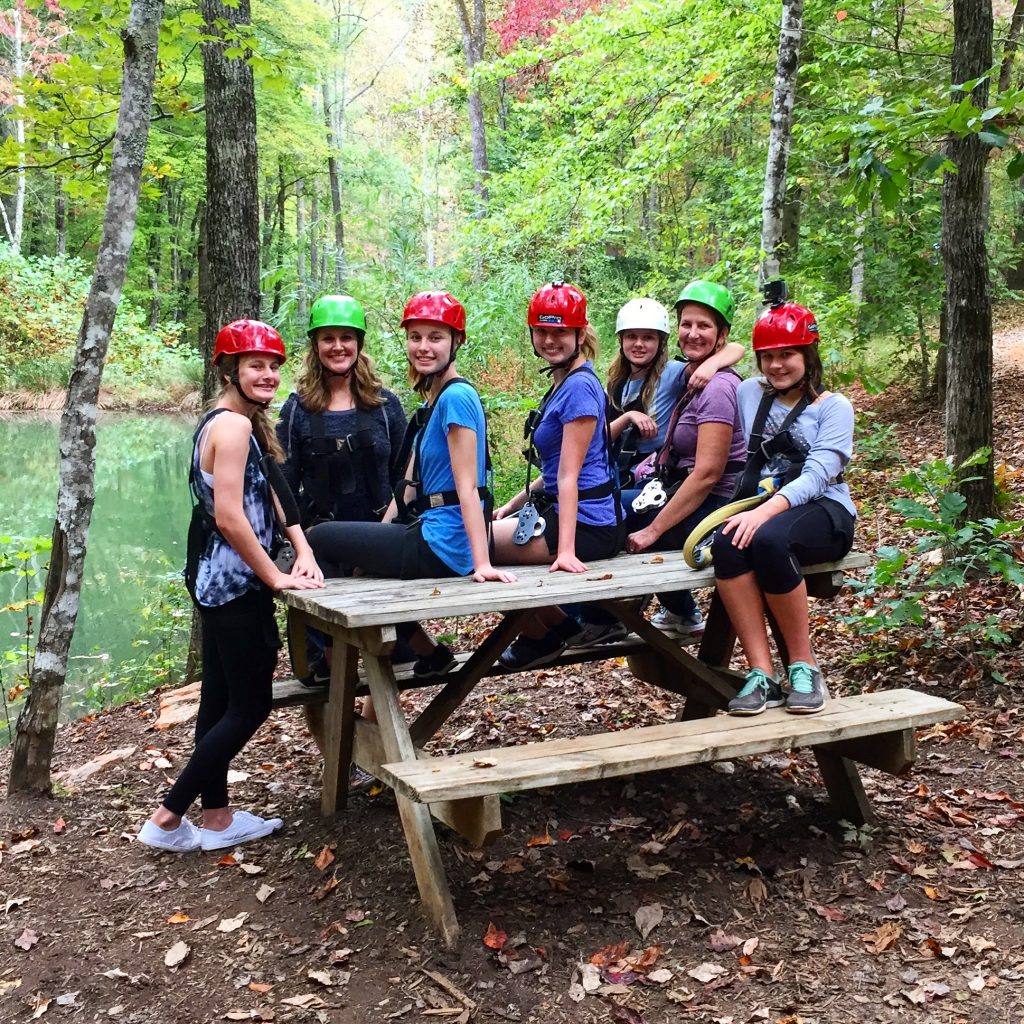 Good times with this daring crew of ladies, who are always up for some new form of adventure (in this case, ziplining through the Appalachians near Lake Lure, NC)! 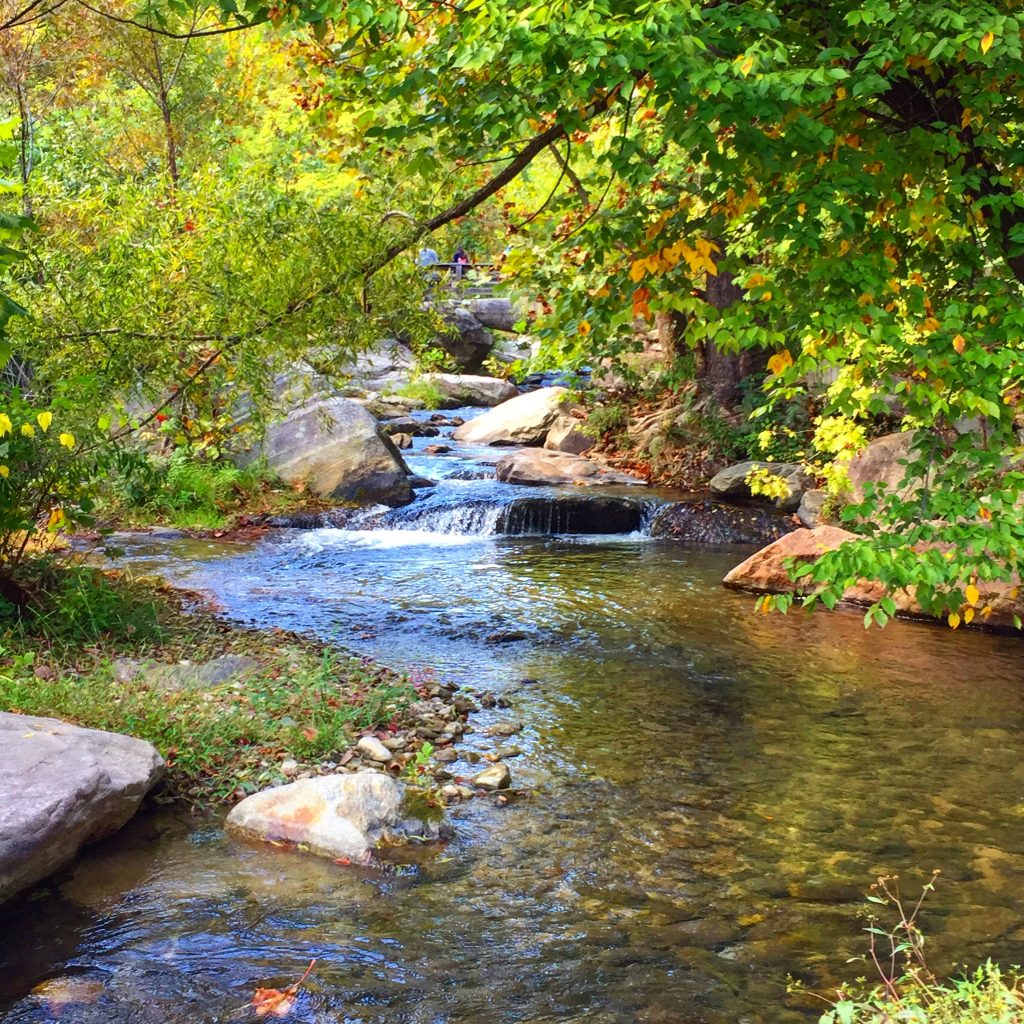 Gotta love the serene beauty of a Smoky Mountain stream…

This beautiful stream is on the Gatlinburg side of the Great Smoky Mountain.

I recently took a trip to the Smoky Mountains with my brother Rob’s wife and daughters, her parents, and my own, to release some of my brother’s ashes into the Appalachians, up there. His 18-year-old daughter, Madison, found this perfect spot. This stream is on the Gatlinburg side of the Great Smoky Mountain. Fortunately, we made it up there just a few weeks before the deadly wildfires of this past week.

Rob, myself and our family used to travel up here every Christmas, to romp around around in the snow, hike the trails and go skiing. Like all of us, Rob loved it, and while his soul is with the Lord, I know he’d sure be happy with the returning of the ashes of his body to the earth, right here in this beautiful, peaceful setting that held so many great memories for our family. Rest in Peace, Rob. We love you, and will never forget you.

0 Comments/posted in Family and Friends, Travel, Video /by Tim Hamby 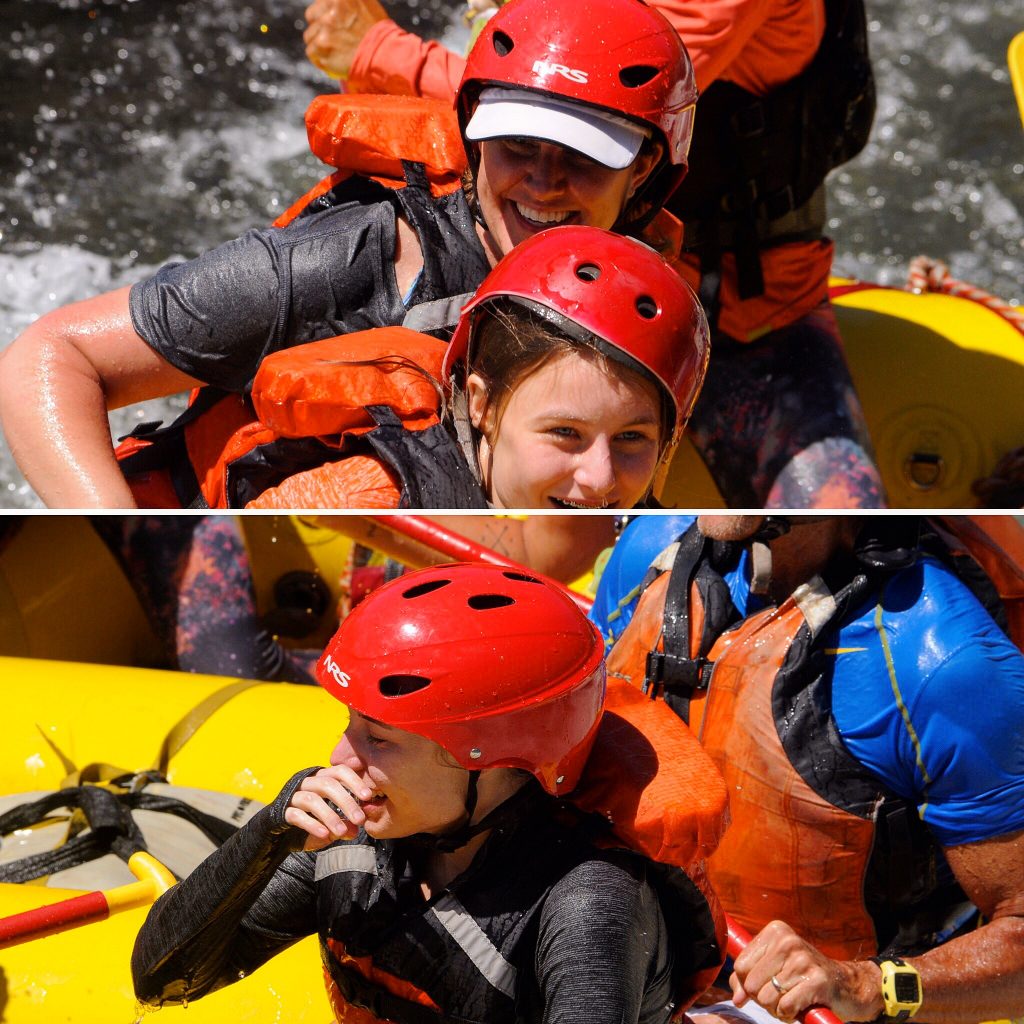 The aftermath of our whitewater fun- frozen fits and giggles! Biggest waves I caught all summer, in a river in Cali! 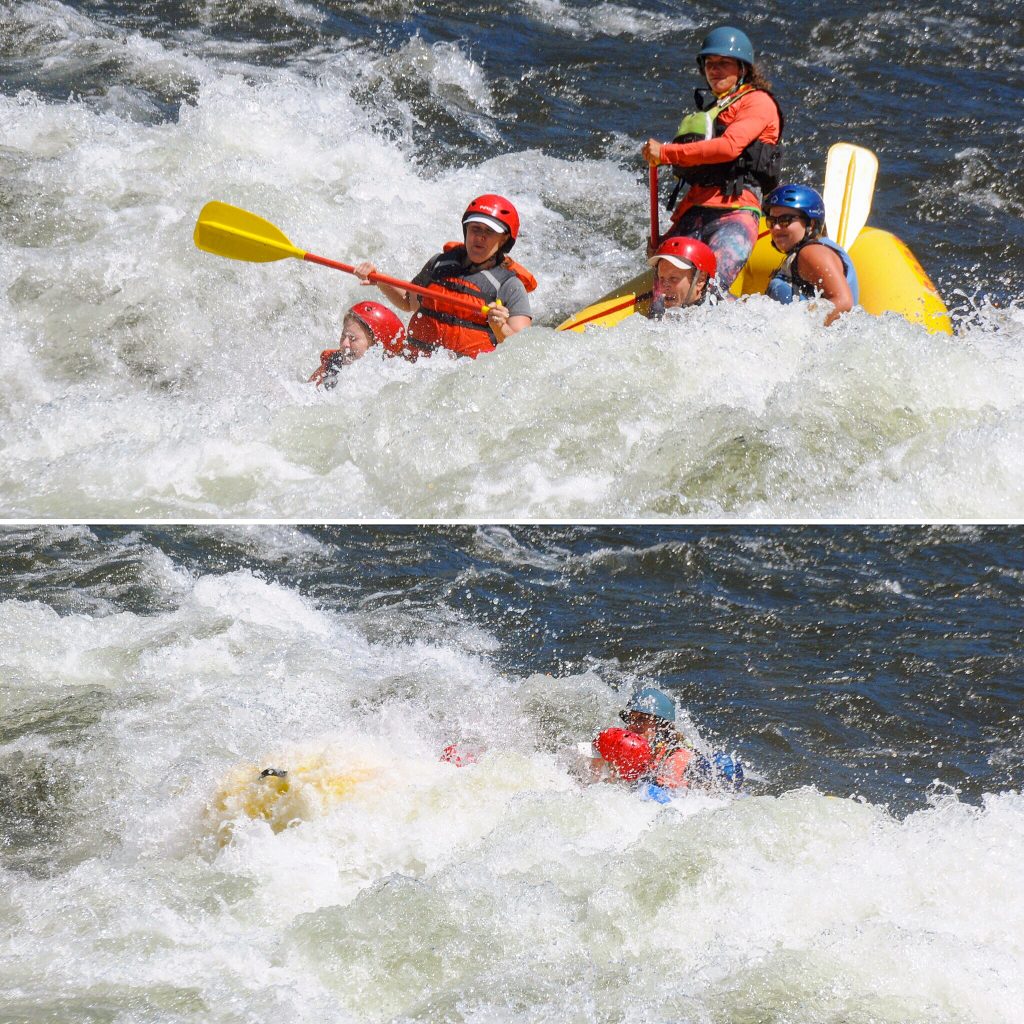