Over the Edge: Sports Parents Who Push Their Kids Too Hard

And pardon my use of the word, “push” in the headline. What I should have said was, “kick”. As in “kick in the ass”. Because that’s what you’ll see in this video. The parent of a six-year-old kicking his child off the ledge of a 13-foot skate ramp because the boy couldn’t muster the courage to drop into “Big Brown”, the intimidating half-pipe at legendary Kona Skate in Jacksonville, Florida. A young teenager at the park filmed the scene because he claimed it happened three times earlier that day.

I’m sorry- but if this isn’t child abuse, I don’t know what is.

The images and sounds are extremely disturbing. The little boy –a local skateboarding prodigy- seems to look up at his dad for some reassurance and/or to express anxiety over not being able to gather the courage to make the drop. Clearly frustrated, his father sneaks behind him and literally kicks him in the ass, sending him flying and landing on his tailbone at the bottom of the pit. You can hear the child crying in a mix of terror and pain when he hits the bottom. It’s the kind of fall that can leave a person with broken bones, paralyzed or even dead.

Worst of all, the little boy never even had a chance for a proper knee slide. His father kicked that opportunity right out from underneath him, before quickly fleeing the scene. Never mind that many skaters with years of experience at Kona regularly avoid this particular ramp, or that what might seem like 13 feet to an adult, probably seems more like 26 feet to a six-year-old half his size. Simply put, the father took out his anger and frustration on the child, physically.

Thankfully, the teenager who was smart enough to video the incident reported it to park officials, and also gave it to a friend to post on Instagram. The local area Instagrammers Club (#Igersjax) quickly picked up the clip and called out the father, harshly criticizing the act and exhorting its members and followers to re-share the post, help identify the dad and report it to local authorities and media. A social media firestorm quickly ensued, as the video went viral. The father was identified and was reportedly being dealt with by the Department of Children and Families. At the park, Kona officials had already asked the man, who reportedly skates often at the park with his son, to leave immediately.

In ensuing social media posts, one or two skaters, who seemed to be acquaintances tried to defend the father’s actions, but most, including both amateurs and pros were quick to point out that such actions had no place in skateboarding, or anywhere else. The father reportedly expressed remorse, saying he was, “caught up in the moment”. But such an event sure makes you wonder what a normal day at home might be like for this little boy, when father and son aren’t out having, “fun”.

While it is unknown if the father will lose custody of his child or be charged with a crime, he will no doubt pay the price for it due to the digital legacy of the shocking video and whatever emotional damage he may have caused his son now and in the future.

While this video is particularly distasteful due to the callous nature shown by the father to his son, it is ultimately one of countless episodes of hyper-competitive parents pushing their kids to extremes to excel, to satisfy their own egos. Skate dads, dance moms and bloated beauty queens who exploit their toddlers in tiaras- they’re all the same people. Selfish parents yearning to live vicariously through their kids at just about any expense.

Pushing children too hard, too young, runs the risk of inflicting permanent physical and emotional harm upon them, and burnout before they ever near their true potential. Remember that most kids, even veritable prodigies who may achieve truly significant accomplishments at an early age, are likely far less interested in competitive domination, and much more in simply having fun, and connecting with their parents. And by that, I don’t mean by way of a foot in their rear end.

Note: This is an article that I originally wrote for Seshn.com, an online magazine for a variety of creators with a strong emphasis on arts and action sports. 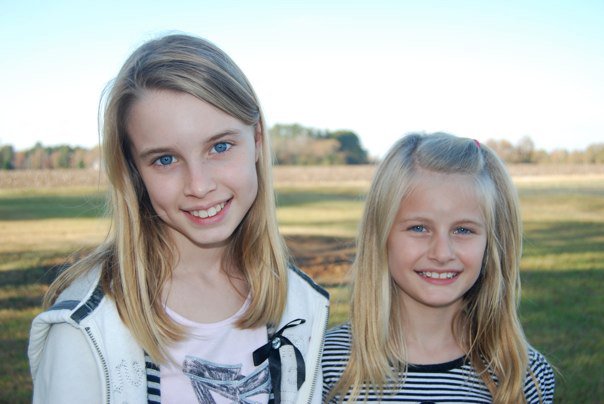 A Letter to My Daughter on Her 13th Birthday