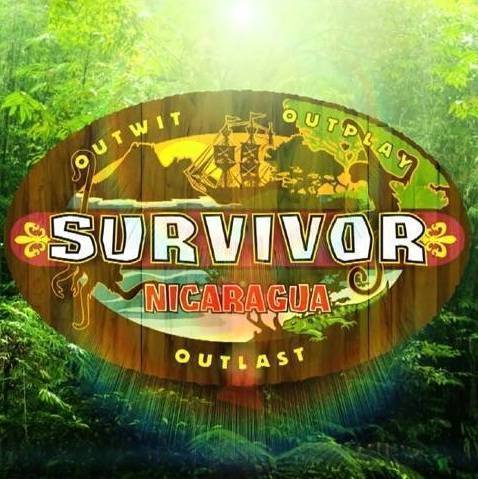 People who know me will tell you that there are two very distinct sides to me. On one hand, I’m inherently shy and a little self-conscious.  I need to warm up in most social situations and may initially come across as quiet, or aloof. On the other hand, once the ice is broken, I’m actually pretty sociable. Perhaps that’s why I enjoy things like blogging and social networking.

Another characteristic that I’d reckon defines me is that I’ve always been a bit of a risk taker. I have an adventurous spirit and have never let fear of failure prevent me from pursuing any goal or interest. In doing so, I’ve discovered that more often than not, taking chances in life have always yielded the greatest rewards. At the very least, doing so has always made my life interesting.

So, while not all of my friends knew about it, it probably wouldn’t surprise any of them to learn that a few years ago, I applied to play the reality show “Survivor”, and was subsequently called to a formal audition in Miami.

I don’t watch a lot of tv, but there’s no denying that I’m a Survivor addict. It is my wife and I’s favorite show and we’ve only ever missed a handful of episodes. I’m intrigued with every element of it– the adventure; the physical and emotional challenges; the human psychological and relational aspects; and the pure athletic competition. I’m a hyper-competitive person by nature. And I’ve always felt I could win the game, given an opportunity.

One day, I read in the Florida Times-Union that they were holding auditions for Survivor at a local Krystal restaurant. The article said that everyone who wanted to be play the game would be given 30 seconds of camera time to explain why they should be allowed to. I mentioned this to my wife, Gretchen, who then astutely pointed out that if I applied through the normal online process, I could submit up to a 3:00 minute tape, providing me far more time to persuade, and have the ability to be more creative. So, I came up with a concept and with a little help from my daughters and Gretchen behind the camera, we filmed an audition tape in our back yard, and across the street at the beach.

Now applying for Survivor is not an easy process, but many thousands of people do it. Ultimately, only a few make it onto the show. In addition to making a video, you must fill out a HUGE stack of paperwork (now it is all done online, which wasn’t the case when I applied), that includes everything from questions about why you want to play the game and how you would play it to educational records; employment records; court records; and medical records. It was actually a good exercise because it forced me to pull my life history all together in one place, which took a fair amount of effort and detective work.

After completing my paperwork, I sent in my package for the upcoming season via Fedex on the last day that they were accepting applications for the show. An eternal optimist, I thought I had a fair shot, but was still surprised when a casting director for the program called about a week later and invited me to the audition in Miami.

The Times-Union had reported that out of the throngs of people who had auditioned at the Krystal tryout, only one other person had been given a similar opportunity. Most exciting of all, before I hung up the phone, the casting director said to me: “Tim, I just want you to know- you have a really good chance of getting on the show.” Needless to say, I was stoked!

The casting director then informed me that she would be sending me additional paperwork that included more medical forms, which I was to complete with Doctor sign-offs and bring with me to the audition. She told me to dress normal, be myself and said that if I made it, I would be sent to Los Angeles for another audition with about 50 finalists, from which they would select that season’s players. I was instructed to not to tell anyone anything about the audition, (which I didn’t for 4 years, thereafter).

When I went to Miami, I met with several casting directors working for the show. There were also a couple of other people there who were auditioning, like me. I met my contact and she took me to a room where I was interviewed on camera. I won’t go into specifics because I intend to try out again one day and will respect the privacy of their process.

After the interview, I was told my audition, “went great” and the casting director seemed to be extremely pleased. Unfortunately, I knew there was one really big hurdle I had to cross…

I had been playing a lot of flag football in a men’s Over-30 league and had herniated a couple of discs in my lower back, one of which had become an increasing problem throughout the preceding year. In the months and weeks leading up to the audition, I had tried just about everything imaginable to help it including physical therapy, Vax D, Cortizone shots– you name it.When I went to get the medical forms signed by my Doctors to bring with me to the audition, well- this all had to be revealed.

After handing over my paperwork to the casting director just as I was leaving the audition, I felt I had to address the subject, because I knew that she was going to see the reports and be alarmed. I informed the lady that she would see in my package where I had been having some, “minor back issues”, but that I was feeling “much better” and had gotten past these problems.

Well, as soon as I mentioned this, her smile turned into a frown and a serious look of disappointment! She told me straight up right there that this was likely going to cause a problem with the producers because people with medical issues –especially back issues– were not looked upon favorably, due to the extremely physical nature of the game  (including, she said, simply sleeping on the ground. Not good for people with bad backs.). This, along with the high costs of potentially “losing” competitors prematurely during the competition (which is why, if you have ever noticed, show Host and Producer Jeff Probst hates it when otherwise healthy competitors actually quit the show, mid-contest), make the producers extra careful.

Nonetheless, I reassured the casting director that I was extremely fit and could endure any potential discomfort. But, unfortunately, my paperwork indicated that there was a clear problem. My pitch hadn’t worked… It was over right there in the hallway, and I knew it.

About 2 weeks later, I received an official “Dear John” letter from Mark Burnett Productions in Los Angeles. I called the casting director in Miami and she said that she couldn’t speak for why they make any particular decisions, but that yes, my health was almost certainly a concern. She encouraged me to reapply at a later date, and noted that this (applying more than once), was a way that a number of people ultimately make it onto the show.

While I was extremely disappointed, my not making it turned out to be a blessing in disguise. Very shortly after the audition, my back worsened severely, and I found myself limping into a hospital for surgery. There’s no way I could have played the game that season. Since that time, life took over and I haven’t made it back to reapply. At the same time, my back has healed (surgically corrected, now) and I do plan to go for it again one day! Until then, here’s the video that caught Survivor’s attention the first time. I scripted it. Gretchen filmed it. And Mitch Kauffman over at Atlantic Video Productions did  a great job of editing and pulling it all together for us. Hope you enjoy it!